The FIFA World Cup has long held the title of the most watched sporting event. Everyone wants to be a part of it since it generates millions of dollars each time it is hosted and has thus become something of a coveted commodity. The tournament’s host country is selected via a protracted bid and decision process, and in December 2010, Qatar was given the honor of hosting the 2022 iteration.

This judgment was highly contested at the time, and many people speculated that FIFA officials may have been bought off to consider the bid successful. However, this was just speculation.

This was due to a multitude of factors, including poor playing conditions due to the weather and a lack of infrastructure for football, among others. Criticism from many media outlets, sports professionals, and human rights organizations highlighted issues such as Qatar’s meager history in football, the high estimated cost, the regional climate, and Qatar’s human rights record. Many FIFA officials including Theo Zwanziger and former president Sepp Blatter are among those who have publicly stated that it was a “mistake” to give the tournament to Qatar.

FIFA, however, opted to circumvent these crucial problems by implementing the unprecedented date shift to make it a winter tournament despite of selecting a more suitable host country. In addition, Qatar pledged to construct a number of new stadiums, hotels, and other training facilities, effectively creating whole new cities to host the tournament.

Apart from the venue, football fans have hailed this event as being incredibly significant because it is probably the final one that legends like Lionel Messi and Cristiano Ronaldo will participate in. The introduction of a few new laws to the sport will also alter the game in the eyes of the fans.

No matter where it takes place, it is evident that a tournament of this magnitude and significance will be expensive. However, given that Qatar has one of the highest GDPs per capita, it was hardly shocking when the government and well-off residents began sponsoring the tournament’s development. Since there aren’t many football fans in Qatar, numerous new stadiums had to be constructed.

The Qatari government has calculated that in addition to stadiums, they will need roughly 130,000 hotel rooms or rental spaces (at peak times) to accommodate all the supporters who will be looking for accommodation. In a country of only three million people, this wasn’t something they had on hand; means that there was a significant growth in the real estate industry. Additionally, hotel and stadium hospitality is being improved to provide a more opulent experience for those who can afford it. As a result, an estimated 1.5 million additional jobs have been created, contributing to the expansion of an already robust economy.

Football supporters are renowned throughout the world for their fervent loyalty to their club and national team. Alcohol plays a significant role in this enthusiasm and celebration. Even if many spectators will watch the world cup alcohol-free, a sizable portion of the fan base is probably going to seek out alcohol in order to partake in the extravaganza. Because Qatar’s legal system is based on Sharia law, they were unwilling to make concessions regarding the alcohol laws. That’s why, unlike all previous world cups, Qatar will not permit alcohol drinking anyplace other than the authorized fan zones.

Qatar’s response on alcohol was expected, and FIFA has come under fire for failing to foresee it. This has been viewed as an insult to both football fans and diversity which FIFA adamantly claims to be striving towards.

As the opening ceremony of the FIFA World Cup 2022 draws nearer and fans become more enthusiastic, it’s critical to keep an eye out for the violations that have occurred to facilitate this. The local authorities vowed to do all it takes to guarantee their project is successful, regardless of the repercussions, as FIFA struggled to deal with the challenges of their decision to hold the world cup in Qatar. It has become more obvious that a World Cup should never have been held in a country like Qatar. The tournament’s ultimate success is still up in the air so let’s wait and see what happens! 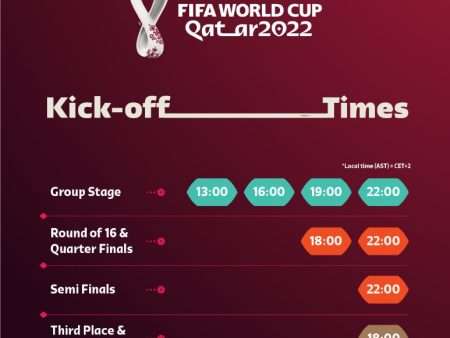 The Increasing Adoption of Cryptocurrency in Online Casinos